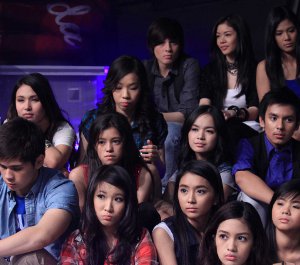 After ABS-CBN management gave the show mainstays, particularly the young newcomers in the network’s talent roster, an ultimatum to improve their performances, it has finally decided to cancel the show.

Last month, the “Shoutout” teens were given one last chance to prove their mettle but it was apparent that they did not measure up to the network’s expectations. “Shoutout’s” February 11 episode was its last.

During the January 25 episode of “Shoutout,” Linggit Tan, ABS-CBN Senior Vice President for TV Entertainment, aired the management’s decision to give the teens one more month to improve their craft otherwise, the show will be cut short. But, it turns out, only two weeks were necessary for management to decide the show’s fate.

The show was then reformatted to present rigorous training and pre-show auditions for the “Shoutout” mainstays. But, despite all the effort, it wasn’t enough.

Reports revealed that ABS-CBN may resurrect the show soon with yet another new format and would broadcast weekly.