Home Breaking News American activists rally against Duterte in New York
Share
Facebook
Twitter
Google+
Pinterest
WhatsApp
” DUTERTE IS A MASS MURDERER” a signage flaunted by the members of Voices of Communities of Activists and Leaders (VOCAL) in New York. These American activists blast the Philippine President Rodrigo Duterte for allegedly neutralizing drug dependents through extrajudicial killings Wednesday, August 24.
The group is calling the President as a mass murderer and call for justice.  They staged the rally outside the Philippine embassy in New York.
Look at the photos below: 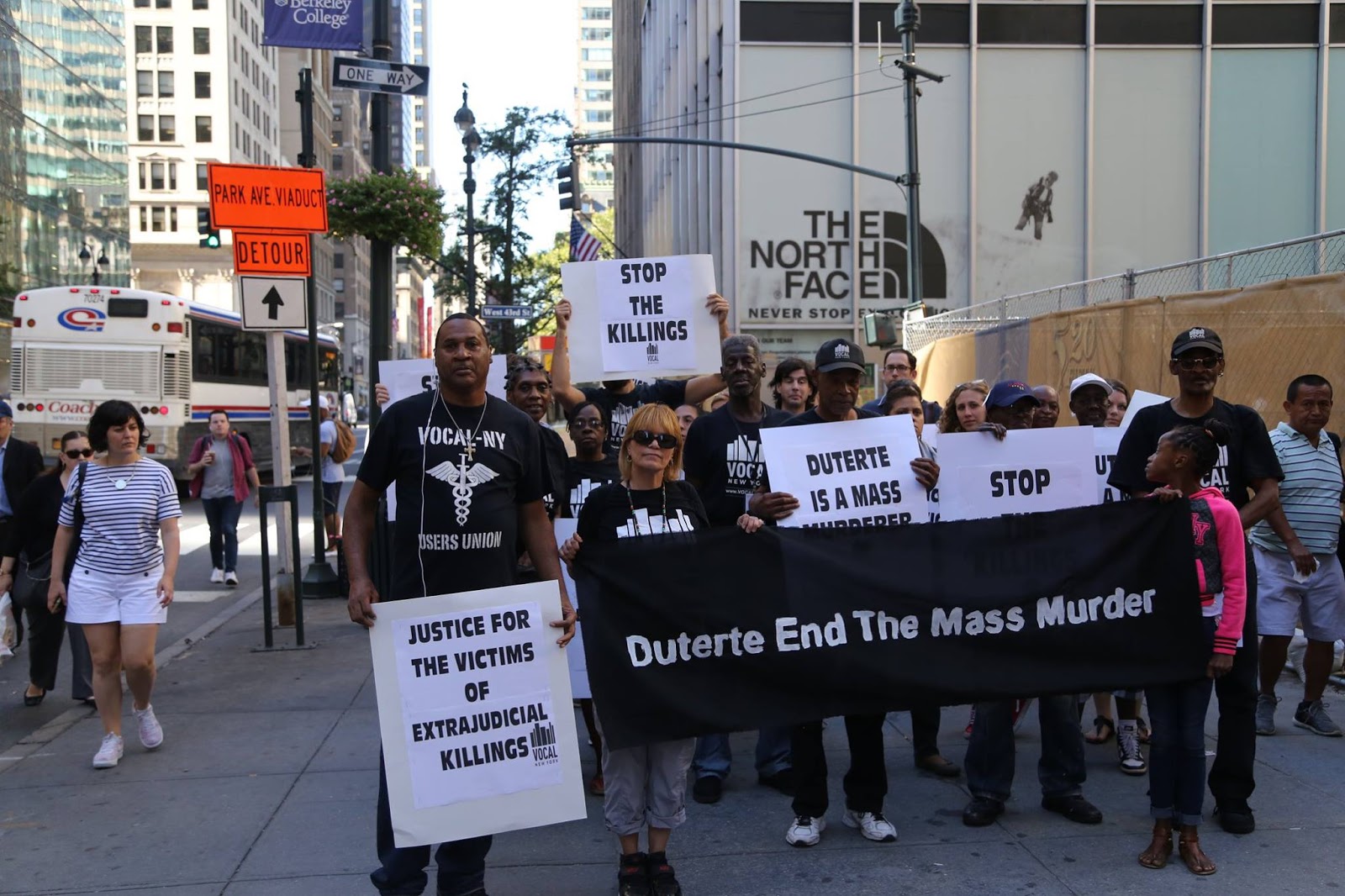 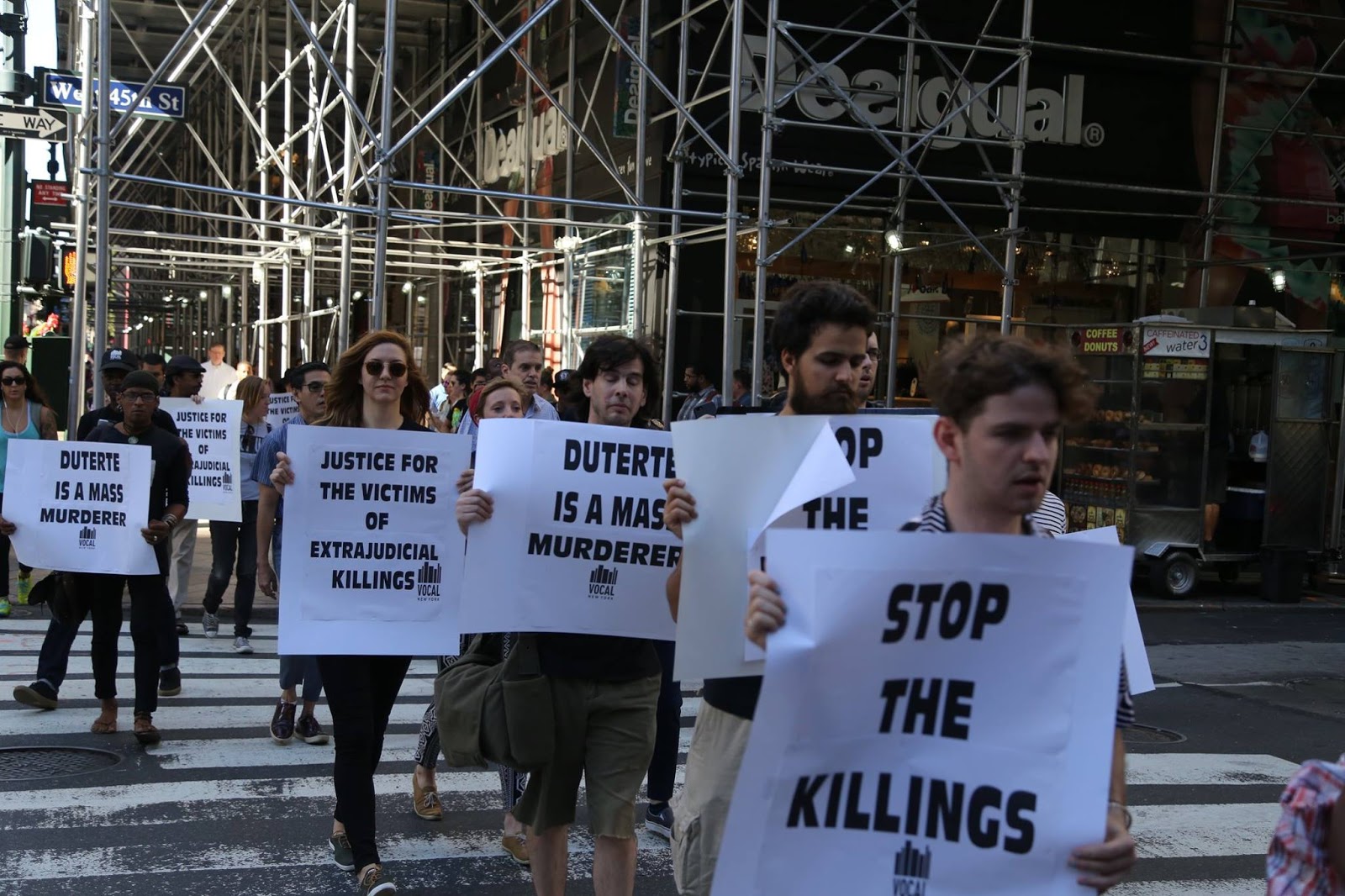 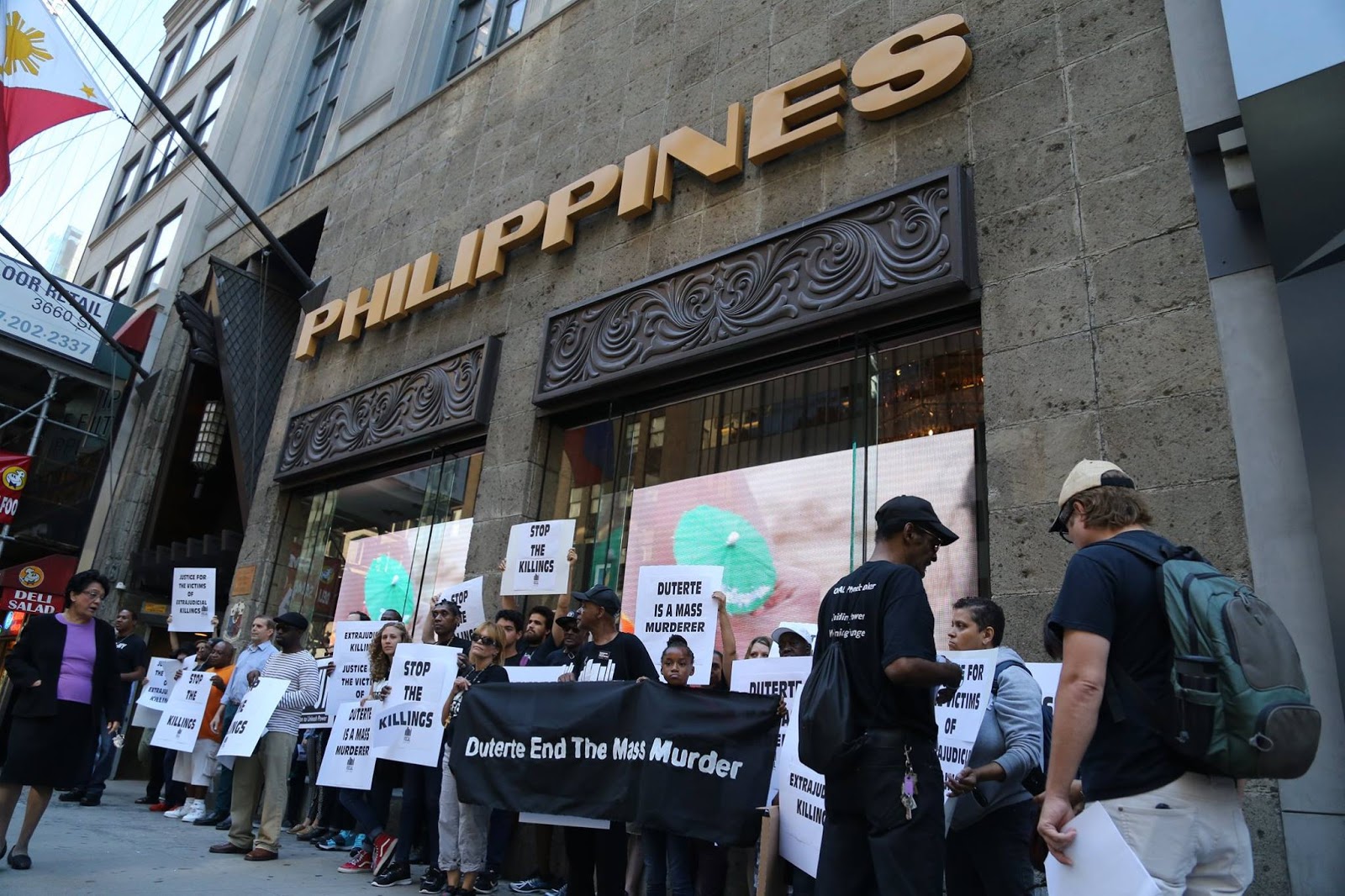 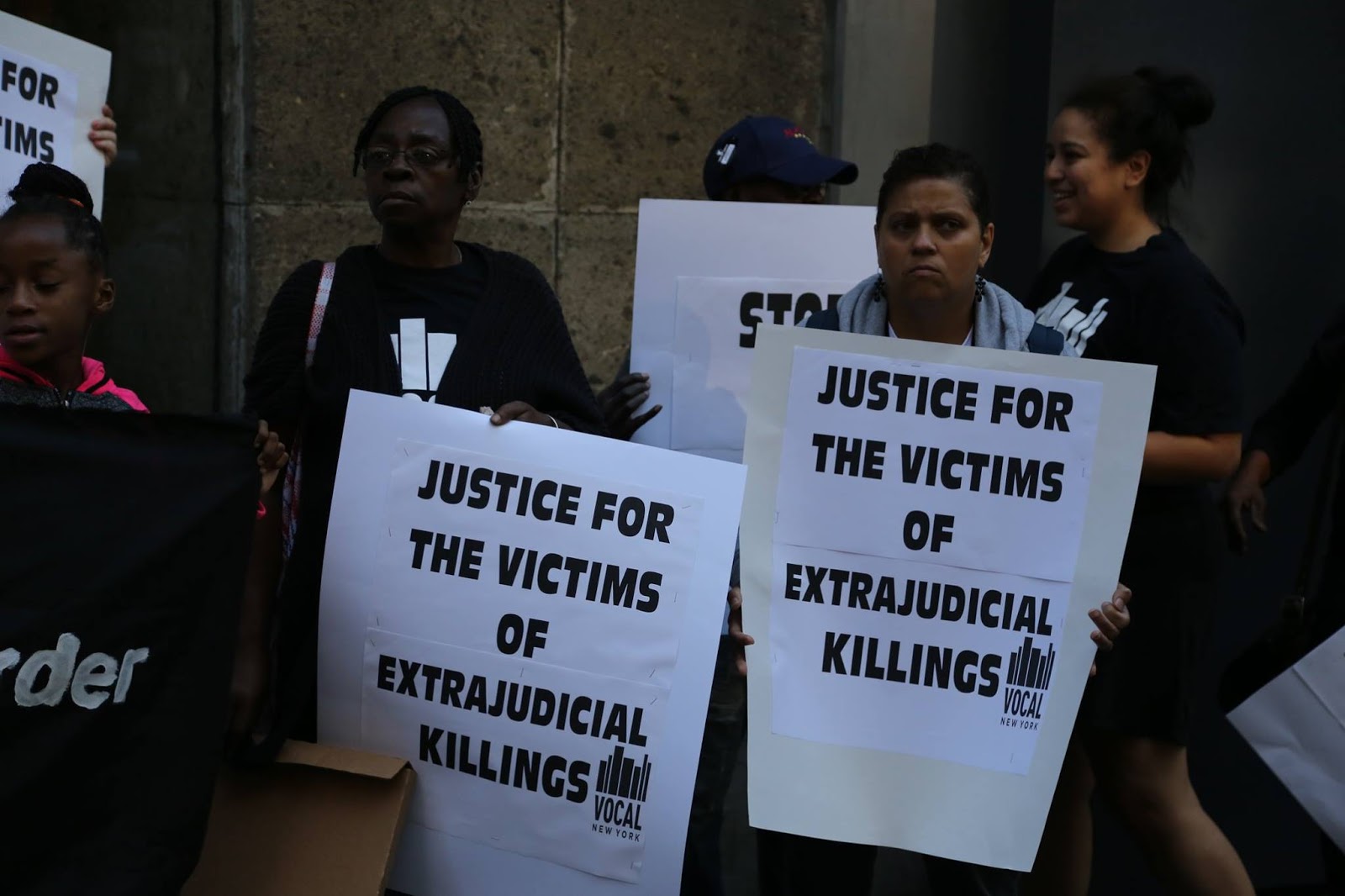 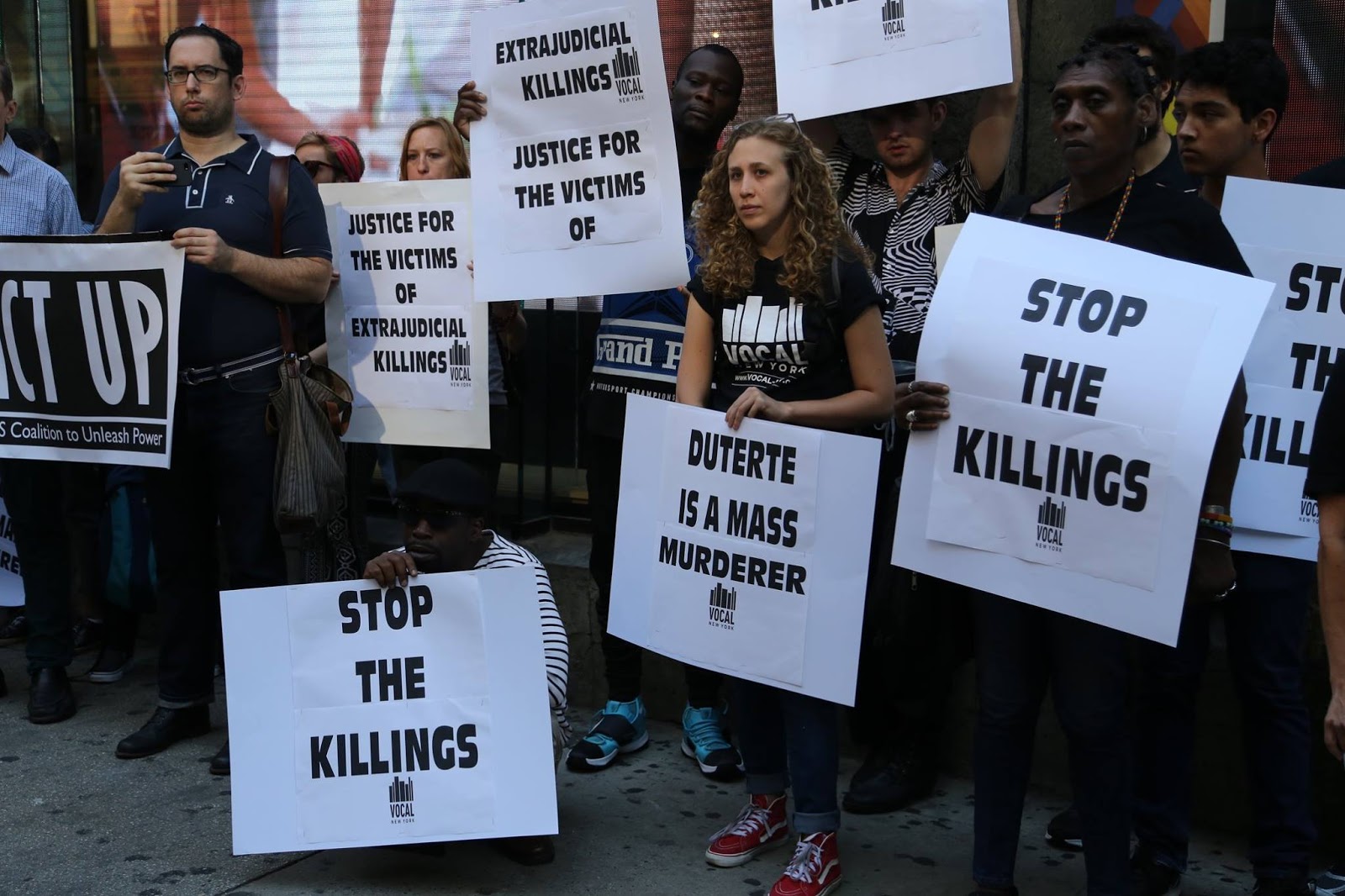 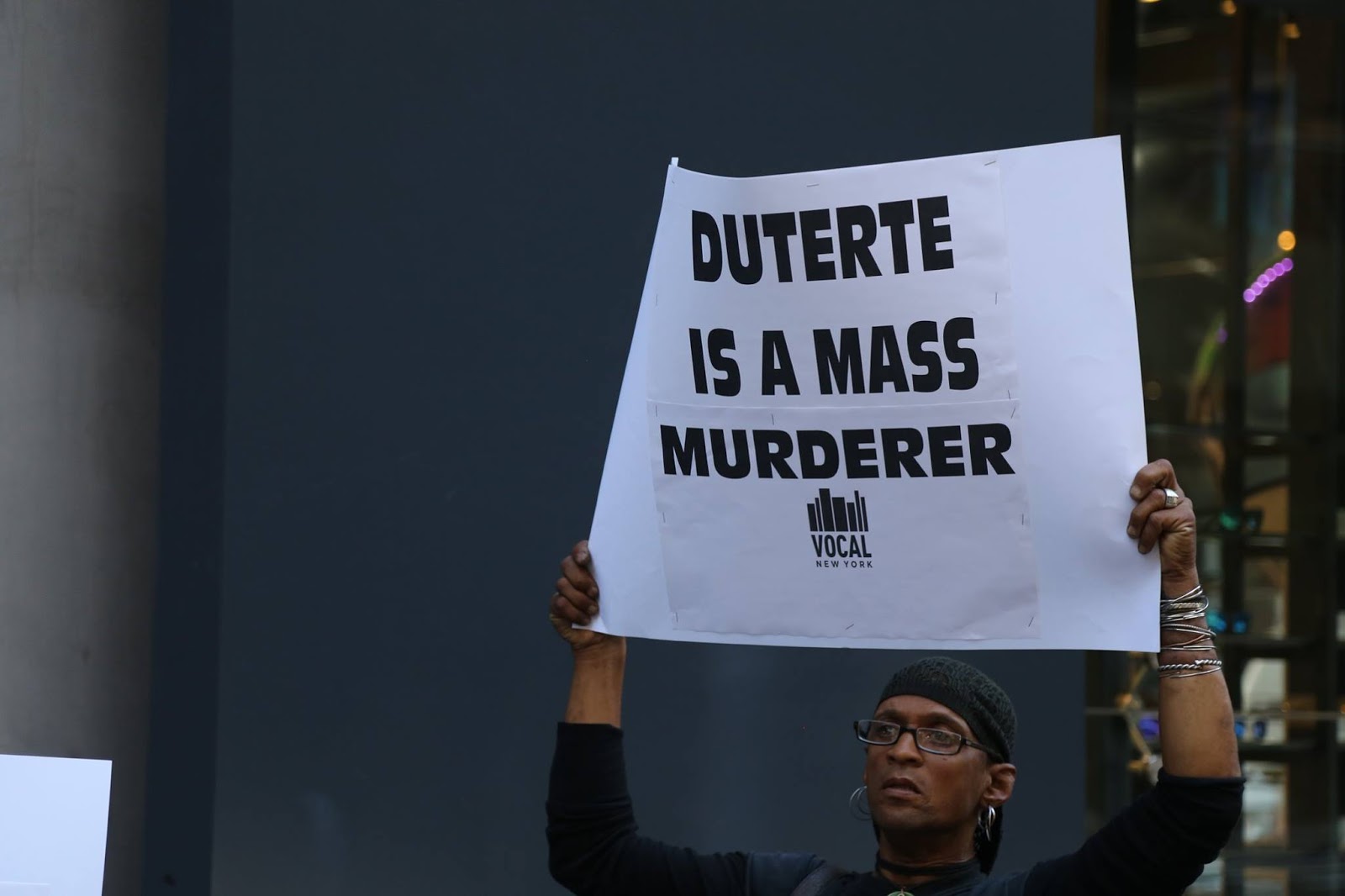 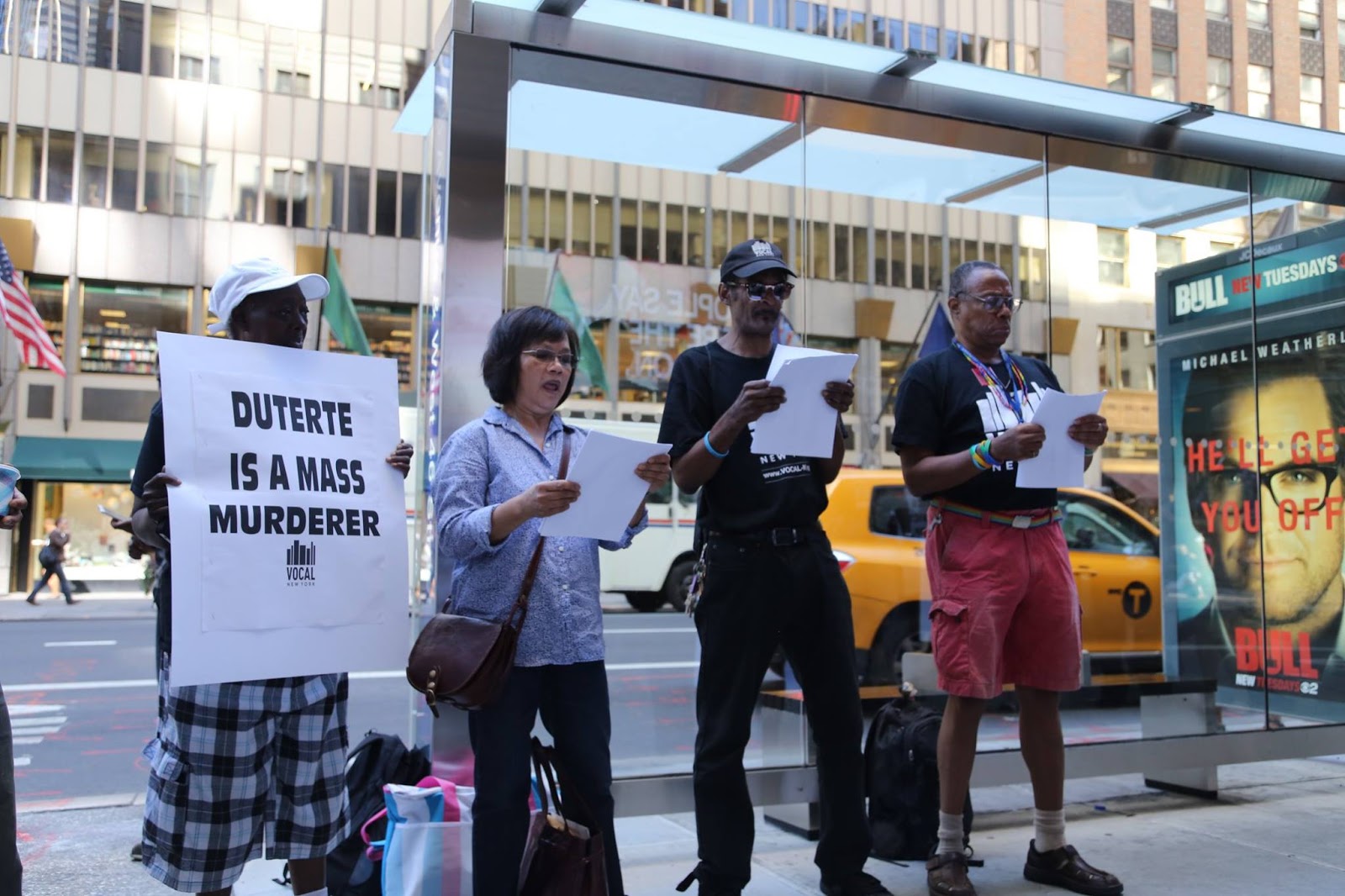 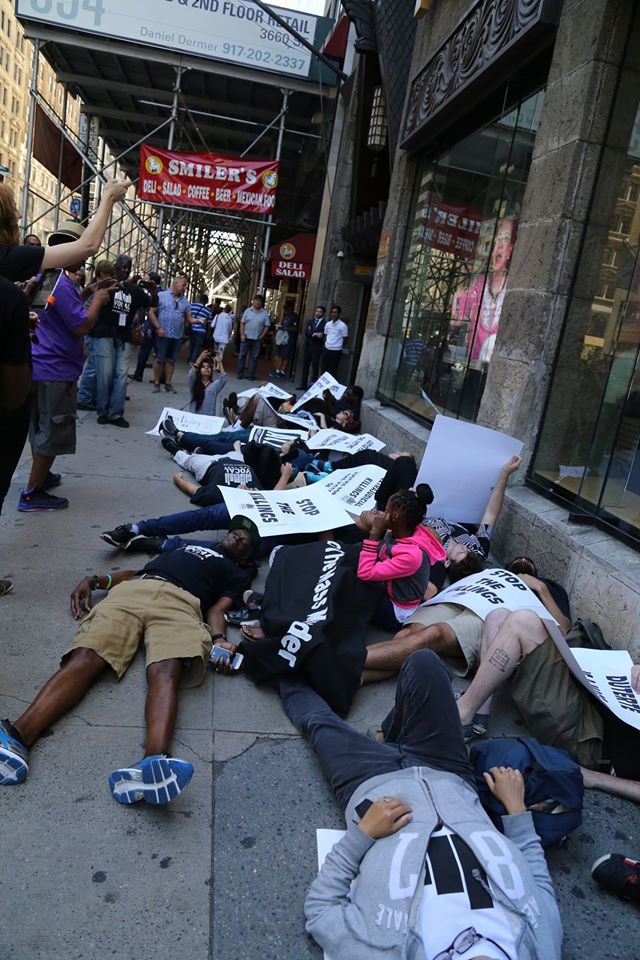 Did Vhong Navarro get carried away in his kissing scene with...