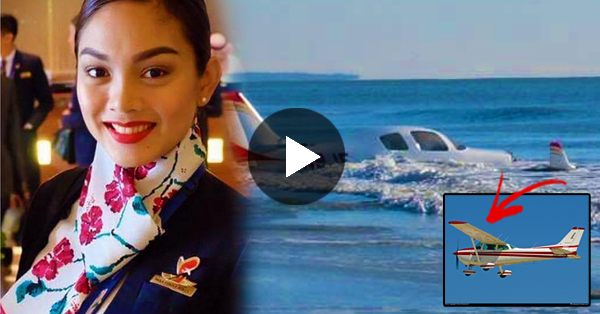 Paola Vianca Robles and John Estabillo were aboard a Cessna C172 trainer plane on Friday when it went crashing into the sea near the coast of Ilocos Sur. The plane plunged into the Santiago Cove after tripping on Vitalis Villas Resort’s zipline.

Pilot instructor Estabillo, 21, was from Paranaque while Robles, 25 was from Quezon city.
The plane crashed at 3:30 pm on the 21st of October 21, Friday and was immediately found moments after the crash. The bodies of Estabillo and Robles were found on the 22nd of October, Saturday morning after rescuers decided to call off the search and rescue operations on Friday night due to choppy waters and the oncoming darkness.
The crashed plane, owned by Leading Edge International Aviation, was headed for San Fernando Pampanga and was expected to arrive at 4:24 pm.
Facebook Comments
Post Views: 34

Mother of ship’s crew pleads for help for son stranded at...

Boyfriend Explains Why He love his Chubby Girlfriend