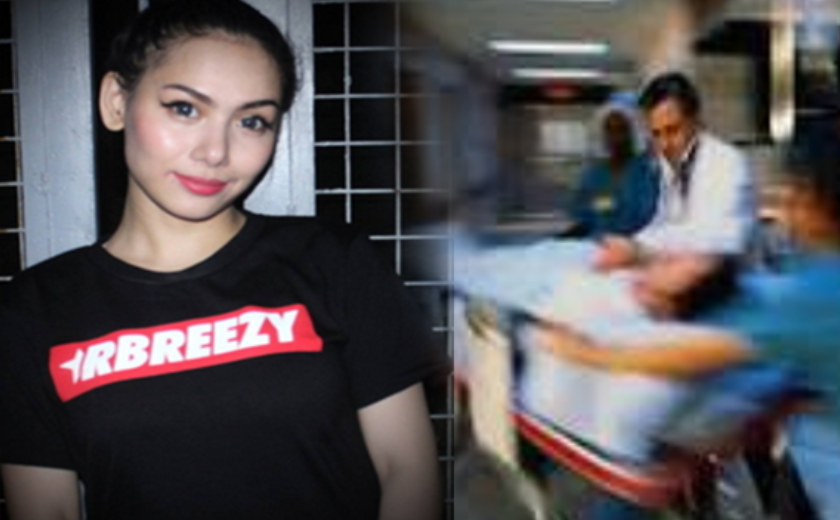 Photos of Toni Fowler trying to kill herself cycle online. The said photos were first shared by her cousin Harvy Panganiban on Facebook for the purpose of informing her bashers the agony that the model is experiencing right now.

According to Panganiban, Toni Fowler locked herself in her room, cried all night and tried to end her life by slashing her wrist. He also told on his post that his cousin’s bashers do not know anything and that all the photos released against her were just malicious. He ended the post by ensuring his cousin that a lot of people love her.

After the Team Jolai’s break-up trends online, Toni Fowler remained silent about the issue as stated by her cousin also in his post. Speculations heightened due to some events that Jon Gutierrez AKA King Badger was spotted with the R-Breezy model being quite intimate with each other and after the other half of Team Jolai Jelai Andres, shared on facebook a post about infidelity which was thought by her followers that she was indirectly addressing it to her boyfriend Jon Gutierrez.

Now, Panganiban’s post about the current situation of his cousin had been shared by other pages on facebook that took Toni Fowler’s side.

Despite the suicide attempt, many bashers still continue to express their to the R-Breezy star through their dropped comments. 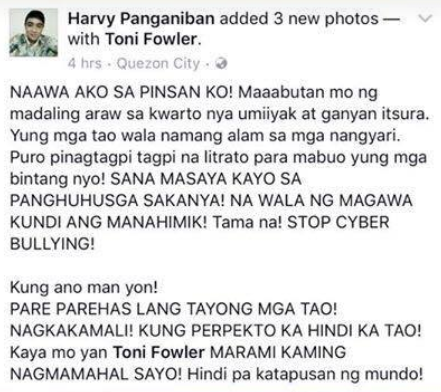