An 18-year-old female falls to d3ath this morning at a famous mall in mandaluyong, according to the initial police report. There was no confirmation yet whether the incident was an accident or a su1cide but authorities are looking more on the side of suicide.

Inquirer told on their article that the name of the girl was Jessa S. Lojo as stated by Mandaluyong police chief Joaquin Alva. Lojo jumped from the fourth floor of a famous mall in mandaluyong’s Building B in an apparent suicide this morning.

The victim was rushed to The Medical City in Pasig but was declared dead on arrival at 10:45AM, just few minutes after the incident.

As of this moment, no further details about the incident released to the public. We will keep you posted more about this, once information is available. 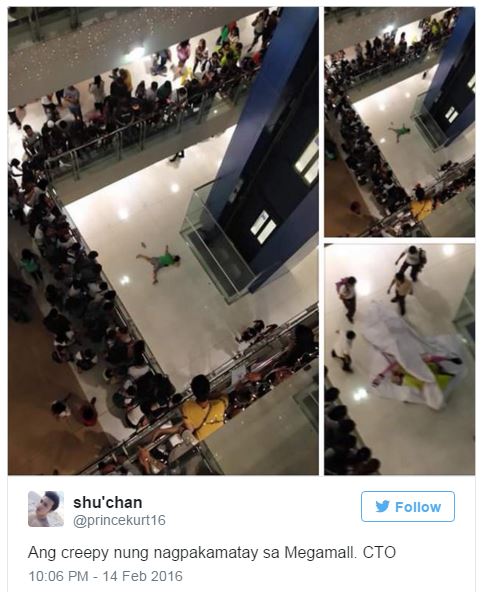 This apparent incident in the same mall is the second for this year. On Valentine’s day, a lady also ended her life by jumping from the 4th or 5th floor building B of the said mall. Witnesses claimed that the woman was showing off to her friends when she suddenly fell off balance.

With this news, netizens expressed their different reaction on social media. Most of them believed that accidents or suicide attempt would be lessen or prevented, if the height of the mall’s railings will be increased.

Upon these incidents, we hope that the management of the mall would take action on this in order to save more lives in the future.