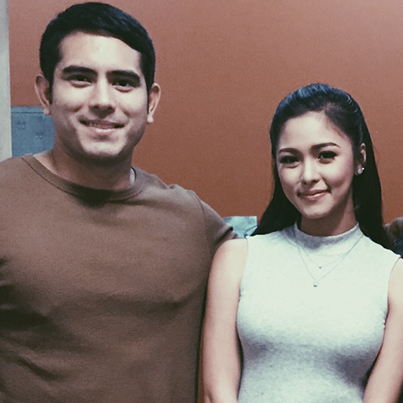 Before KathNiel, JaDine, and LizQuen, there was Kimerald. A love team composed of Kim Chiu and Gerald Anderson that was formed inside Pinoy Big Brother house way back in 2006. When they were housemates in the first teen edition of the Kapamilya reality show, Kim and Gerald developed a special friendship that captured the hearts of the viewers. The name ‘Kimerald’ was born when the two started to show a potential real-life romance inside Kuya’s house.

Kimerald’s love story continued after PBB and both of them became official artists of Star Magic. After almost 4 years of dating and doing on-screen projects together, Kimerald allegedly ended their relationship in 2010 and started living their own lives since then.

This year, ABS-CBN made a surprise announcement that the former love team is back on television. Kim and Gerald are set to star in an upcoming drama series of the Kapamilya network entitled Ikaw Lang Ang Iibigin.

In an interview of ABS-CBN, Gerald shared that he was very grateful when the project was offered to him, “(I’m) Very thankful kasi sa tagal… actually I’m very speechless.” Kim, on the other hand, revealed that she was a little apprehensive about the offer because of her past with Gerald, “Nung una, siyempre medyo alangan ako. As in, sobra. Dahil tao lang naman ako siyempre. pero sabi nga ni Mr. M bakit hindi mo tanggapin ito as challenge sa career mo since hindi kana teenager, hindi ka na pa-tweetums,”

Melai Cantiveros says she has matured after her breakup with Jason...