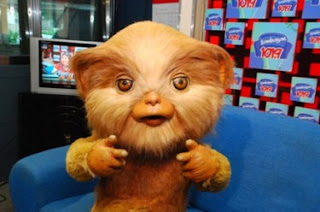 Get to see Wako Wako up close and personal, together with some of the fantasy series’ big stars, and the cast of “Luv U,” “TODA Max” and “Banana Split” this Saturday (March 31) in a much awaited mall show in Marquee Mall, Angeles City, Pampanga.

“Wako Wako” is part of ABS-CBN’s “Bida Best Kid” campaign launched recently that aims to empower children by encouraging them to become who they want to be and the best that they can be. It doesn’t only entertain and educate its young viewers with its values-oriented, child-friendly programs, but supports their dreams and aspirations as well.

Liza Soberano Hailed As the Most Beautiful Persona In Star Magic...

Erich Gonzales says she and Enchong Dee are still close even...