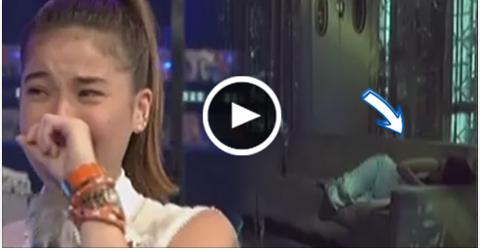 Halloween season is not over yet until you hear Anne Curtis’ creepy ghost story which happened at their old house in Mandaluyong. To know more about her ghost encounter, hit the play button of the following video.

Anne Curtis is known to be one of the most wanted celebrities nowadays because of her bright and bubbly personality but do you know behind her colourful life, there was one experience that haunted her so much?
In their old house in Mandaluyong, Anne Curtis encountered something that she would remember for the rest of her life. During her interview, she narrated the unforgettable experience when she was still residing at their house in Mandaluyong.
According to Anne, she experienced being played by a ghost in their house. One night when she was sleeping on a sofa located in their living room mysterious knocks woke her up. At first, she just gave it a cold shoulder and went back to sleep.

Few moments later, she again woke up upon hearing the mysterious knocks. From their front door, the knocks went to the window or the door near their kitchen and that time, Anne decided to check who was persistently knocking at their door.
When she came to check, her relative suddenly grabbed her and insisted that no one was there. She accompanied Anne to the room where they thought the sound of knocks originated until something appeared without their idea.
Who’s hiding in the room near their kitchen?
Facebook Comments
Post Views: 63

Xian Lim is not bothered by bashers of his team-up with...