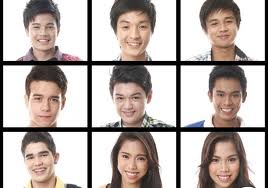 Girl twin housemates Doble Biba ng Bacolod Joj and Jay Agpangan are also currently inside the PBB house but didn’t pass through its front doors in tonight’s launch. They were immediately made to accomplish a task – pretend that one of them isn’t a girl.

Housemates Roy and Ryan were also given a daunting task as soon as they set foot inside. They were told not to remove the goggles they were wearing and must get to know the other teens without seeing what they look like.

Tune in to Pinoy Big Brother Teen Edition 4 tomorrow night on primetime as Toni Gonzaga welcomes the other housemates completing this edition.