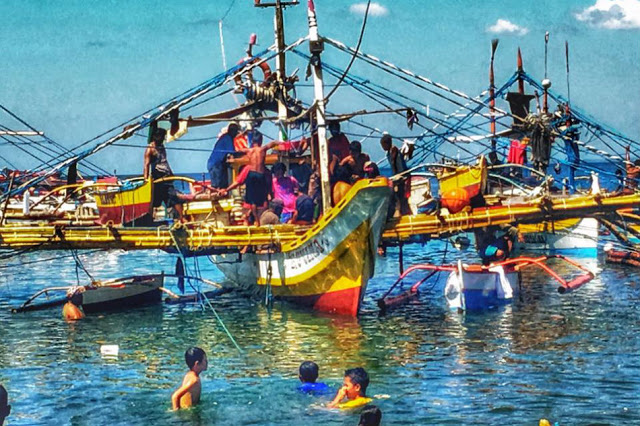 Groups of Pinoy fishermen were able to return home safely after they made a fishing trip in the disputed Scarborough Shoal on Tuesday, first time after four years since the standoff.

China and Philippines has long been arguing over territorial rights of the Scarborough Shoal known as Panatag Shoal or Bajo de Masinloc in the Philippines. Year 2012 when the talks of ownership of the territory first became a conversation between the two countries. Since then, Filipino fishermen were banned to fish around the area as Chinese Coast Guards are there to drive them away.
Fishermen from Infanta, Pangasinan who tried fishing again in the shoal think that it is the result of President Rodrigo Duterte’s talks with Chinese President Xi Jinping.
Earlier this month, the president announced that Pinoy fishermen will be allowed to fish near the area again and no Chinese Coast Guard will block them. The return of the fishermen seemed to be the beginning of Duterte’s proclamation.
Moreover, Malacanang Palace confirmed that no Chinese Coast Guard has been present around the perimeter.
“”Also on regarding fishing in Scarborough Shoal, for the past three days it has been observed that there are no longer any Chinese Coast Guard vessels and that Filipino fishing boats are no longer being intercepted and that they are now able to fish in the area without being intercepted,” presidential spokesperson Ernesto Abella said at a news briefing in Malacañang on Friday.
Meanwhile, the fishermen were happy as they returned home with big catch of different fishes and they hoped that this peaceful relationship will run continuously.
Facebook Comments
Post Views: 13

Boyfriend Explains Why He love his Chubby Girlfriend