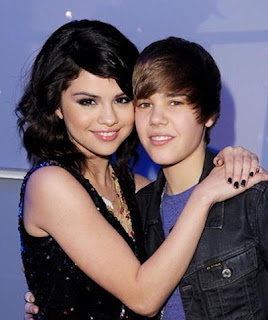 Selena Gomez finally confirmed her relationship with Justin Bieber earlier this week. Of course, after the pair were spotted nuzzling on a yacht together after New Year’s and then arm-in-armat the Vanity Fair Oscars party, this admission is somewhat anticlimactic.
Now that she has something to promote (a new single and music video), Gomez seems to be cool with discussing what it’s like to date the world’s (arguably) most famous teenager.
Gomez told New York City radio station Z100 Monday that she sometimes takes personally the vitriol directed at her on the internet from Bieber Nation.
“It’s hard,” Gomez said. “It hurts, it really does. I don’t feel like I’m doing anything wrong. I’ve been best friends with him for a very long time. It does hurt my feelings a lot but I try not to focus on it. I have a strong family and great fans.”
Gomez — who has received death threats since she started dating Bieber — exhibited a surprisingly level head about the verbal attacks, though, as she explained she can relate to the tweenage obsession with a male pop idol… which can lead to irrational hatred for any woman he dares to date.
“… I have to agree with them sometimes,” she admitted. “I loved Jesse McCartney. I was obsessed with him. He dated Katie Cassidy when he was 16 or 17. I hated her, absolutely hated her. I was mortified that he was with Katie and I wanted to be with him. He was my screen-saver! I just did a movie [“Monte Carlo”] with Katie Cassidy and she was the nicest person ever.”
Meanwhile, while Bieber tours Europe and causes riots, Gomez has been breaking up her promotional duties with apparent fried pickles binges and “Law & Order” marathons.
Facebook Comments
Post Views: 48

COVID-19 cases in Philippines surge to 2,084 with biggest daily rise