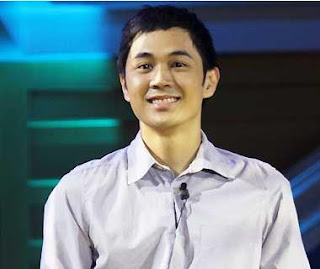 After being declared Pinoy Big Brother’s newest Big Winner, the “Hot Shot Guy of Cebu” housemate Slater Young admitted that that he is now looking towards a career in show business. Although his family initially showed reluctance of him putting his career as a civil engineer on hold, Slater said they have changed their minds now that he has come out of the PBB house.

Currently, Slater has been busy with guest appearances on various shows on the Kapamilya network, but he eventually hopes to be given projects that will show off his acting abilities. “Everything is like parang panaginip, parang hindi totoo. I’d love to try acting and kung kaya ko maging part ng showbiz. I’d love to do it. I’d like to try more on acting. Nakapag-workshop ako just to know if magugustuhan ko ba or hindi and sobrang nagustuhan ko. I’d rather be an actor talaga pero yung hosting is interesting din. For the past few days I’ve been getting comments about it. I’ve never tried pa kasi so I want to try it din,” he said.

Bianca Gonzalez Goes Topless on the Cover of Esquire

Vice Ganda shares the secret to his close friendship with Kris...

Trending : Duterte tells story why PH should leave US