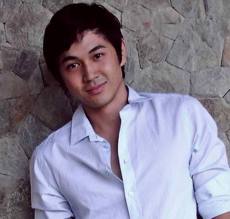 It was awesome celebration at the Quirino Grandstand as Pinoy Big Brother Unlimited Edition marked the end of the season by hailing its Big Winner, Slater Young. After staying inside the PBB house, Slater bested 32 other housemates and gathered 40.02% of the total votes in the Big Four race.

The engineer from Cebu was welcomed into the ‘real world’ by a packed crowd at the Luneta, with his family, friends and supporters at the forefront in full force. Slater took home two million pesos, an appliance showcase, an Asian tour package and a water business franchise.

Annielie “Pamu” Pamorada got placed second with a total of 21.49% of votes while Joseph Biggel got a close 21.29% of the votes. Paco Evangelista, who was turned into a house player by Big Brother came in at 4th with 17.10% of the votes.