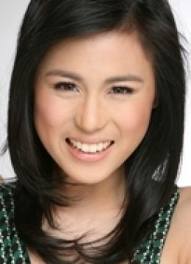 As Pinoy Big Brother Unlimited comes to an end this weekend, Toni Gonzaga admitted she and the rest of the crew behind the hit reality show feel proud to have gone through another successful season. “Parang as always, every time we come to an end, to every season there’s always a sense of fulfillment, a sense of parang happiness na we were able to complete another successful edition. And the people are able to embrace a new set of housemates and we’re really looking forward kung sino yung tatanghalin nilang Big Winner,” she said. The 28-year-old host-actress admitted this past season was definitely the most challenging for housemates because of all the unlimited additions to the show.

Toni shrugged off feedback that some people think the housemates may have been treated too harshly in some situations. “Severe na ba yun? Wala pa yun. I guess were used to that already, yung wild reactions from the people from all the seasons that we did from season one na ang daming controversy, [from] the Wendy (Valdez) edition to Melai (Cantiveros). I guess PBB is already prepared for those kinds of intrigues, controversies, and wild reactions from the audience. We just look at it as a good way of getting the people’s reaction kasi that’s what PBB is all about. It’s to make an impact and to really give the audience what’s happening in the real world. Actually one fourth lang yan ng mga totoong nangyayari sa real world hindi ba? So that’s really how people would react in certain kinds of situations and given the name Unlimited, we already told them that this season is going to cater to a lot of unlimited surprises, a lot of unlimited possibilities kaya parang ganun talaga,” she explained to Push.com.ph.

Toni revealed what was a memorable moment for her during the five month run of the show. “I guess yung standout moment sa akin was when Kuya set up the house na kunwari walang ilaw, nag-brownout and there were no cameras and then he assigned Paco to test the patience of the housemates and that really pushed them to their limits. We were able to see different kinds of characters and how they’re going to react in certain situations. Which also reflects on us individuals here outside the house kasi in a way we get to relate to at least one character or housemate in the house na masasabi nating ah ganyan ako, ganito ako. I guess that was one of the highlights for me when Paco tested the housemates,” she recalled.

Out of this year’s batch of housemates, Toni revealed who she could relate to the most. “I could relate to the character of Carlo and Divine, yung I don’t sweat the small stuff kasi. I don’t want to linger and dwell on something that’s so negative. And that’s really a waste of time, parang ganun. I don’t waste my time and energy dun sa mga bagay na masyadong madrama. I move on. I try to come up with the solution and then I move on from it. Hindi na yung iyak ng iyak,” she added.

After hosting various editions of Pinoy Big Brother for over seven years now, Toni said that she has evolved as a host because of it. “As the show grows old, you grow old with the show. You mature not just as a host, but as an individual, as a person. And I think PBB was able to witness my growth as an artist here in ABS-CBN and as a celebrity kasi I was able to discover a lot of things about myself in every edition na ginagawa namin. And you never stop learning, sa PBB kasi when you get a new set of housemates, madami ka talagang natututunan so I guess the key lang there is to always listen to Direk Lauren (Dyogi) and always keep in mind his constructive criticisms. He’s really a good mentor and I think I owe a lot of him because he was able to mold me into this kind of host of PBB,” she told Push.com.ph. Read Full Story

Julia Montes would love to be the next Bea Alonzo

Phil asks Angel out on a Valentine date; Angel declines