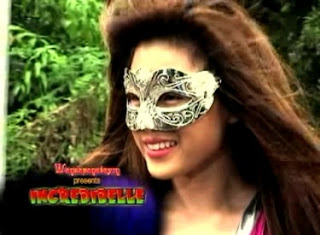 Ultimate multimedia star Toni Gonzaga reveals that her month-long “Wansapanataym” special became a big learning experience for her as she portrayed different roles every week.

Toni became a witch, an extraordinary weather girl and a man-turned-into-a-woman in the month-long special of “Wansapanataym.”
In the last episode entitled “IncrediBelle” this Saturday (March 26), Toni will give life to the character of Belle, a foster girl longing for the love of her adoptive family who accidentally became a superhero. As she discovers her super powers, Belle starts to demand attention, not only from her family, but from other people as well. Can Belle fight her own desires when she puts her family’s life at risk?
Together with Toni in the episode are Isabel Rivas, Christopher Roxas, Kristel Moreno and Bettina Carlos. It is written by Joel Mercado and directed by Erick Salud.
“Wansapanataym” is part of ABS-CBN’s “Bida Best Kid” campaign launched recently that aims to empower children by encouraging them to become who they want to be and the best that they can be. It doesn’t only entertain and educate its young viewers with its values-oriented, child-friendly programs, but supports their dreams and aspirations as well.