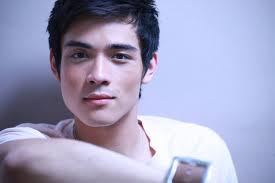 Although Xian Lim is gradually making a name for himself in show business, he’s still constantly linked to his former My Binondo Girl co-star Kim Chiu. But he refused to take offense even if some people accuse him of using their love team for the sake of publicity. “Yun nga, I can’t please everyone. There’s going to be someone who can’t be happy for you. There’s always going to be people na magsasabi ng negative [things about you]. Basta ako, nandito lang ako to have fun, do my job and enjoy every moment,” he said in an interview with Push.com.ph.

Xian added that there’s no reason to feel bad if other people often associate him with Kim. “I feel good na kasama ko si Kim palagi. Palagi naman talaga kami magkasama because we had a show together, so hindi maiiwasan yun na mabanggit yung name ko with Kim. At kung nababanggit man yung pangalan ko with her, masaya.”

Incidentally, the two will be seen together again on screen very soon. Xian added that there’s no other leading lady that he wants to work with for now except Kim in his next project. “Hopefully, the movie pushes through, the one with Kim. Sana yung soap mag-start na rin. May narinig ako [na plans ng management], pero I’m hoping na sana mag-start na. But for now, hindi ko pa alam kung anong story yung kay Kim.”

It seems that Xian is really determined to stand out among other promising actors since he’s tapping his other skills. Aside from acting, he’s also set on releasing his first record album “We’re working on it right now. I’ll let everyone know. There are plans to do that. I think they’re putting together songs for me. On my part, I’m writing songs continuously. Siyempre kapag nag-release [ako ng album] kayo ang unang makakaalam. I’ve been writing a lot lalo na ‘pag nasa break, meron akong notebook to write everything when I get home.”

Gabby Concepcion back in ABS-CBN